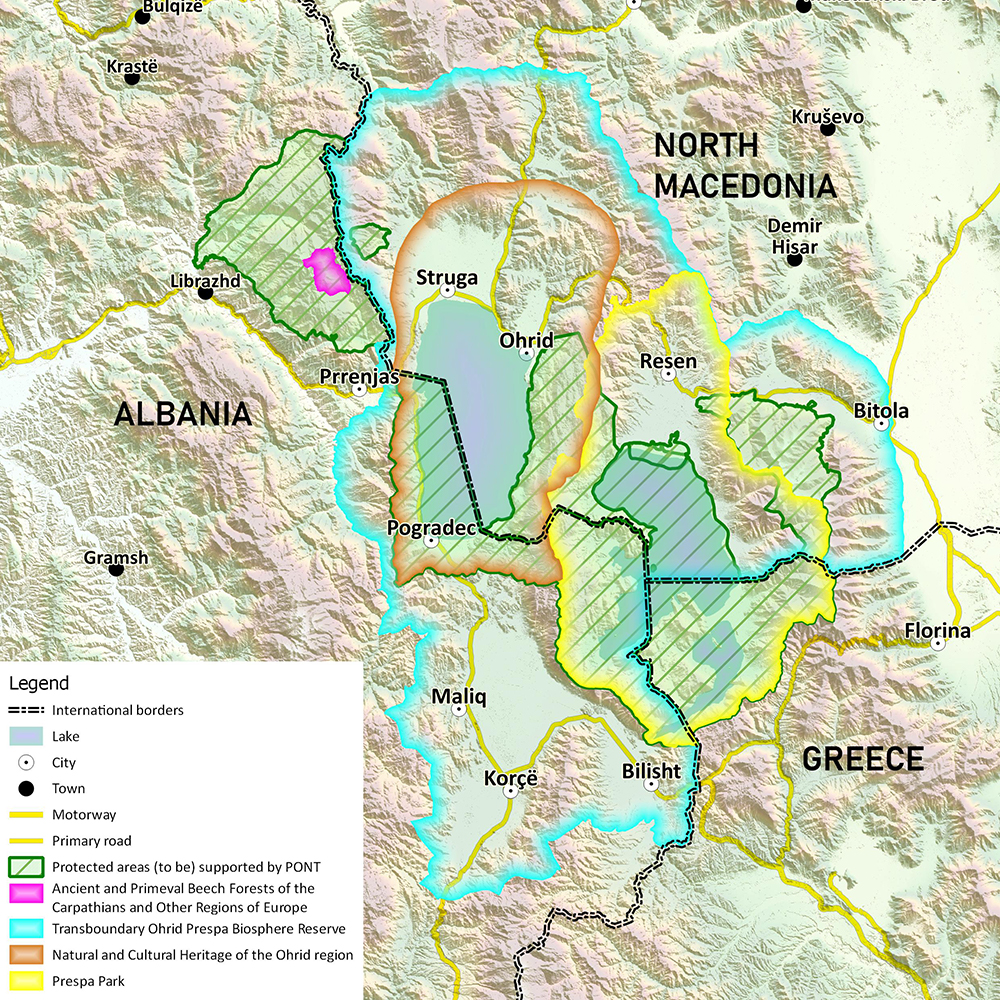 The Prespa-Ohrid ecoregion lies at the heart of the Balkans. Covering parts of Albania, Greece, and North Macedonia, the lakes are among Europe’s oldest and recognized as one of the most ecologically valuable regions in Europe. This widely recognised transboundary area houses multiple protected areas, internationally recognised wetland areas (Ramsar sites),  a transboundary UNESCO Biosphere Reserve and a transboundary mixed Natural and Cultural UNESCO World Heritage Site.

The work of PONT initially focused on the Prespa Lakes and their surrounding environment, including the entire Galicica National Park and Pelister National Park in North Macedonia which extend outside the watershed of the Prespa Lakes. PONT is expanding its work beyond the wider Prespa region by adding the wider Ohrid region and other transboundary conservation areas in both North Macedonia and Albania. The wider Prespa-Ohrid region also includes Shebenik-Jabllanicë National Park in Albania which sits outside the watershed of Lake Ohrid. 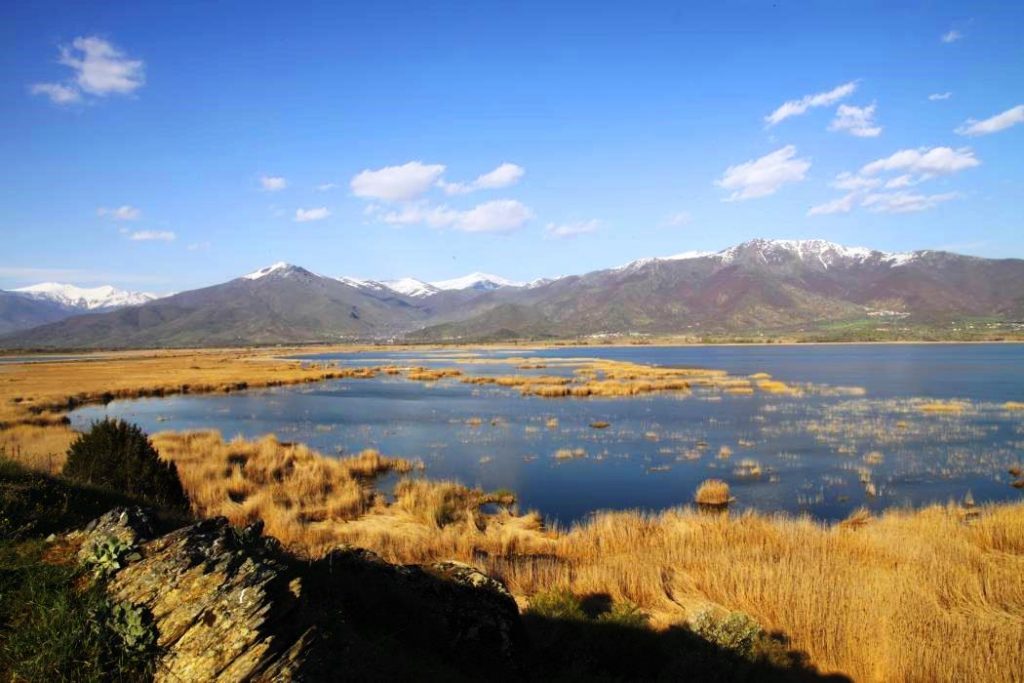 Together with their surrounding mountains the two Prespa lakes constitute an area which is one of the most biodiverse areas in Europe.

Some numbers below illustrate the wealth and the diversity of the area:

There is also an important population of pygmy cormorants (Phalacrocoraxpygmaeus), one of the four isolated genetically distinct populations in Europe of goosander (Mergus merganser), relicts of glacial eras, and other important water-bird species, such as the glossy ibis and 6 species of herons. 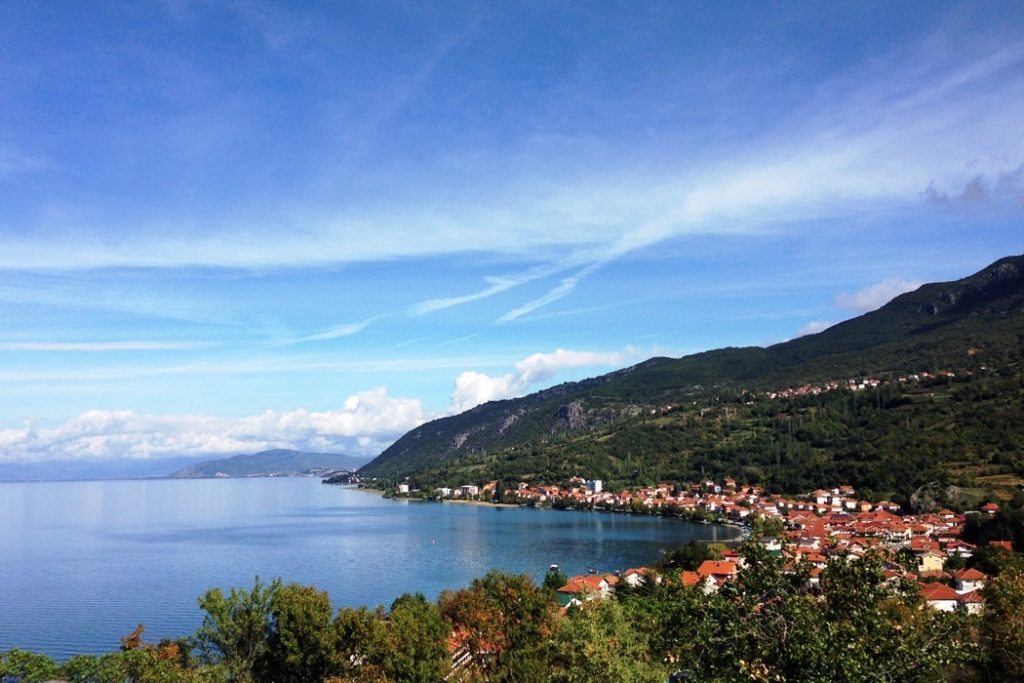 Lake Ohrid is located on the central Balkan with approximately two-third of its surface area belonging to North Macedonia and about one-third belonging to Albania. It is an ancient lake that exists continuously following its formation during the Pliocene, and is one of the oldest lakes in the world. It is also the deepest lake in the entire Balkan Peninsula, with a maximum depth of 289 m.

Lake Ohrid is a renowned centre of biodiversity for freshwater aquatic species due to its exceptionally high level of endemism. It is much smaller than lakes such as Baikal, Tanganyika and Victoria but hosts a high number of endemic species and is possibly the most diverse lake per surface area in the world. Lake Ohrid represents a refuge for numerous freshwater organisms from the Tertiary Period, whose close relatives can be found only as fossil remains; this is the reason the lake is sometimes called a “museum of living fossils”. Among them the freshwater sponge (Ochridospongia rotunda).