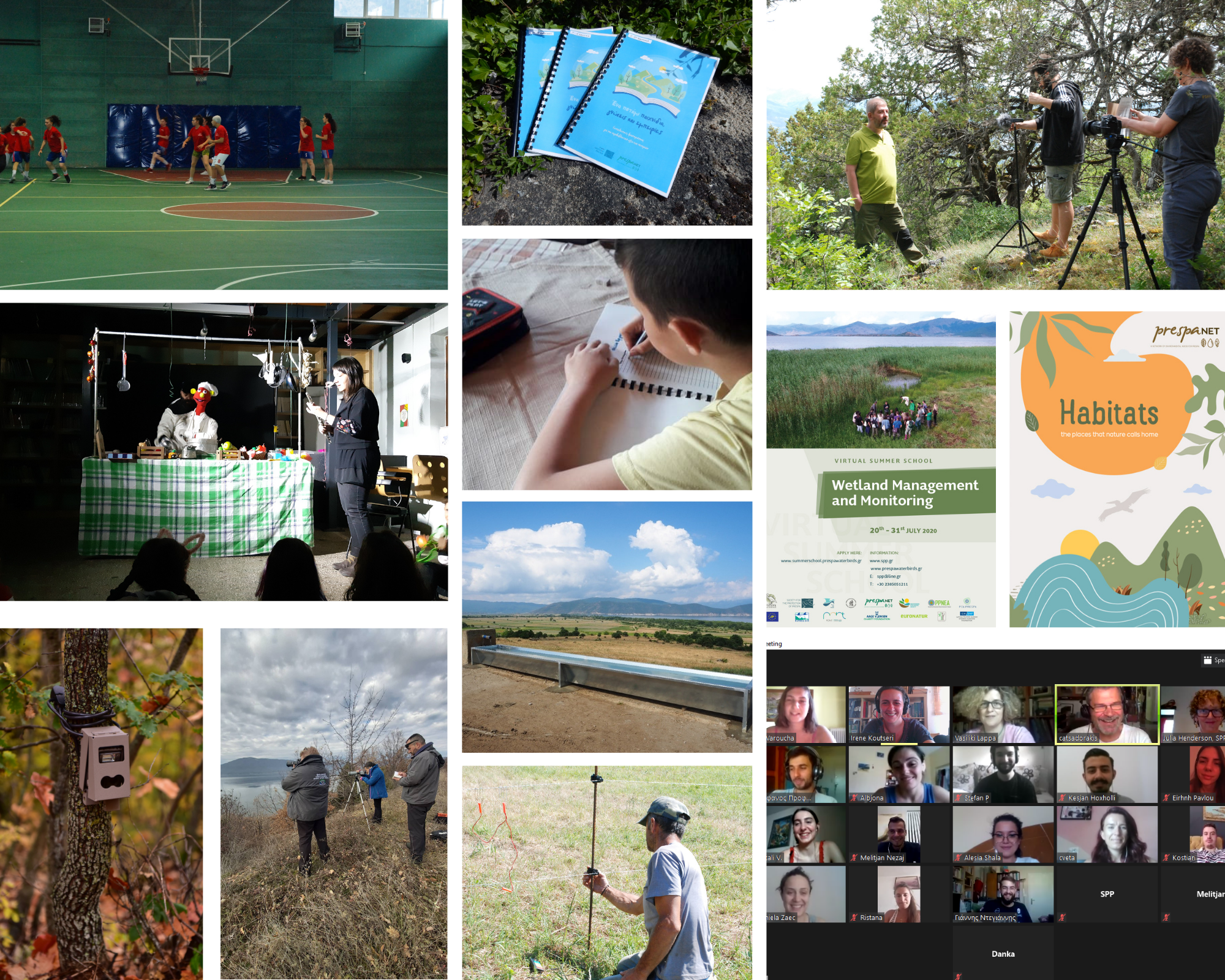 PONT provides much of the financing for the Society for the Protection of Prespa’s (SPP) 5-year strategic framework (2018-2022), supporting its core financial and administration operations as well as co-funding its projects and activities, a selection of highlights of which for 2020 are mentioned below.

Working together across borders

Transboundary collaboration is a basic tenet of the SPP’s philosophy, and nowhere is this more apparent than the long-term effort to set up the Transboundary Prespa Park, ratify the quadrilateral agreement signed in 2010 and finally establish the joint transboundary institutions that are essential for its operation. With the first two objectives successfully achieved the SPP is now firmly focussed on helping to accomplish the third, so that the ideals behind the park may finally start to be put into practice. This year, SPP appointees were designated as the national NGO representatives in the Prespa Park Management Committee, while an SPP staff member was also appointed as the member of the trilateral Secretariat for the Greek side.

A renewed awareness of the fact that transboundary co-operation is indispensable in areas like Prespa, brought about by the grave situation the water level drop of Great Prespa Lake has caused, has brought a fresh energy and determination to all kinds of cross-border efforts. Under these circumstances, the annual meeting of water scientists from the three countries was held in October to discuss issues of common concern and bring the three sides ever closer in their collaboration. The meeting was part of work to support joint and harmonised water monitoring in the transboundary basin, which is a crucial aspect of co-operation for water management in the area.

Biodiversity conservation also benefits from strong co-operation between organisations on all sides of the border. This was demonstrated once again this year with the simultaneous, co-ordinated mid-winter waterbird counts that take place at transboundary level every January. The SPP and its PrespaNet partners joined forces in this and many other efforts over the last year, including work on the assessment and mapping of shoreline and wetland habitat types, completing a three-year cycle that will produce a synthesis report on these critically important habitats across the basin in all three countries, underpinning future plans for their management and protection. In order to promote and share the value of these habitat types and the incredible biodiversity they harbour, the partners also produced an explanatory leaflet and video

Continuing work which began in 2018, the SPP carried out a third season of camera trapping in the autumn, part of a transboundary study under the PrespaNet-EuroNatur project to investigate the presence, distribution and behaviour of elusive large mammals such as the Balkan lynx, brown bear, chamois and grey wolf in Prespa. The results of this study, together with others on the diet and population numbers of brown bears in the basin, will be analysed in early spring 2021, helping to increase our knowledge of these and other large mammals in the region.

The SPP began 2020 with the completion of a survey on perceptions of wild boar depredation on the Greek side of the basin, an issue that has come to the fore in recent years with increasing activity from these mammals, particularly in agricultural areas around the small lake. Following the report, the SPP took advice from KORA and AGRIDEA, Swiss organisations working in the field of large mammals and the mitigation of their impact on human communities, and also extensively discussed the issue with local bodies and authorities, such as the Management Body for the Prespa National Park. Working in collaboration with the SPP’s LIFE Prespa Waterbirds project, solar-powered electric fencing has been used to enclose areas in the wet meadows around Lesser Prespa Lake, aiming to allow grazing by cattle herds without disturbance to agricultural areas, whilst also making a pilot investigation into the possible effects of increasing human activities on wild boar movements and activities in this same area.

Large mammals have also been the subject of a parallel study using camera traps, in order to understand the movements of these animals in and around the area where a road is planned to be built to service the proposed new border crossing into North Macedonia. In a further pilot action under the PrespaNet project, a new water trough was installed above the course of the road, providing a source of drinking water for wildlife, potentially reducing the amount of journeys across the road and towards the lake as an alternative source of water. This camera trap study will continue in 2021 for a second year of data collection.

As everywhere, the Covid-19 pandemic led to changes in the SPP’s programme of work, particularly in the area of education, with schools and universities being closed for large parts of the year and travel also restricted. However, these difficult circumstances also led to innovation in the SPP’s approach, with new means being tested for the first time. For example, this year’s environmental education programme on the value of rivers and streams was just about to gear up when lockdown began, but the SPP team were able to change course at speed and re-configure the entire programme into a series of home-schooling workbooks for local children. Prizes were awarded for participation and the best completed workbooks in different age groups, and the results showed an encouraging engagement with this interesting and important aspect of the Prespa ecosystem.

In a similarly deft response, the SPP’s LIFE Prespa Waterbirds and PrespaNet-EuroNatur projects collaborated together and converted a planned summer school into the Society’s first ever online course, on wetland management and monitoring, for students from all three sides of the transboundary basin, with resounding success. Over the course of two weeks in July, the participants had access to lectures from an international cohort of instructors, were able to take part in Q & A sessions and discussions, and were provided with a wide range of supplementary material in a specially designed web environment that supported them daily throughout the school. In addition, the students worked together in transboundary assignment groups to produce presentations on themed research questions, which were shared on the last day with the summer school team. In their evaluation of the course, one student memorably noted that the “opportunities for the development of ideas to a higher level” offered by the summer school “could be a source of solving problems” in the future!

Despite the difficult circumstances shared across the world this year, the SPP has been fortunate in being able to maintain much of its work, whether fieldwork for species and habitats or policy work and research efforts. Furthermore, as noted above, the SPP was able to quickly adapt to the changed circumstances in many cases and take a step up in its skills base with new means of delivering its work. These activities were not only strong examples of the synergy the SPP is able to create between its numerous and varied projects, but they also underline the importance of an interdisciplinary approach to conservation issues in the basin. The resilience the SPP has been able to show this year is a direct result of many years of support from Luc Hoffmann and the MAVA Foundation, now channelled through PONT, offering both continuity and stability to the organisation and allowing it to rise to the challenge of preserving the natural and cultural values of Prespa, for the benefit of all, now and in the future.

PONT would like to congratulate the SPP for the work it has carried out in 2020 and is looking forward to seeing what developments 2021 will bring. 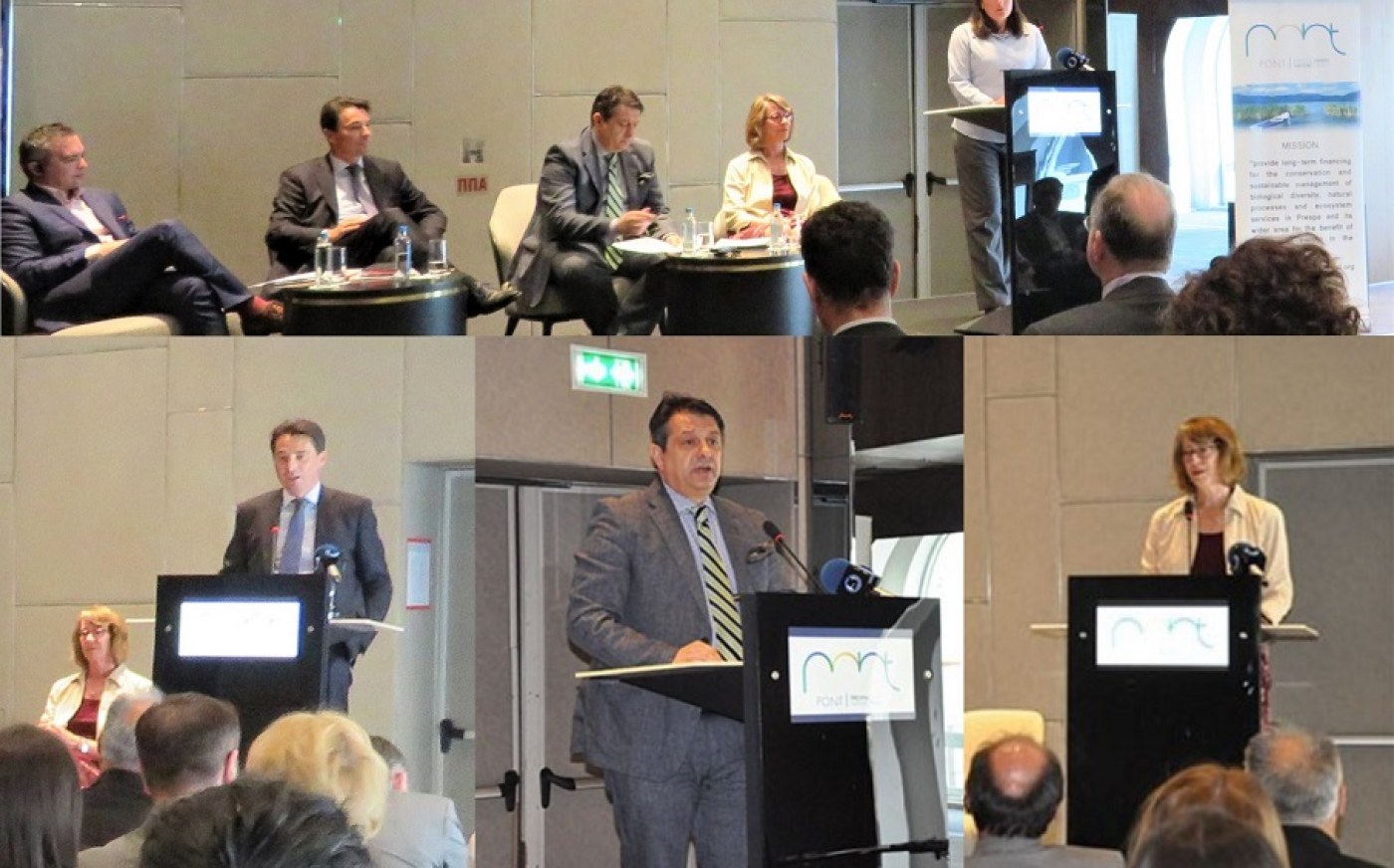 Success at launch of grant programme in Skopje 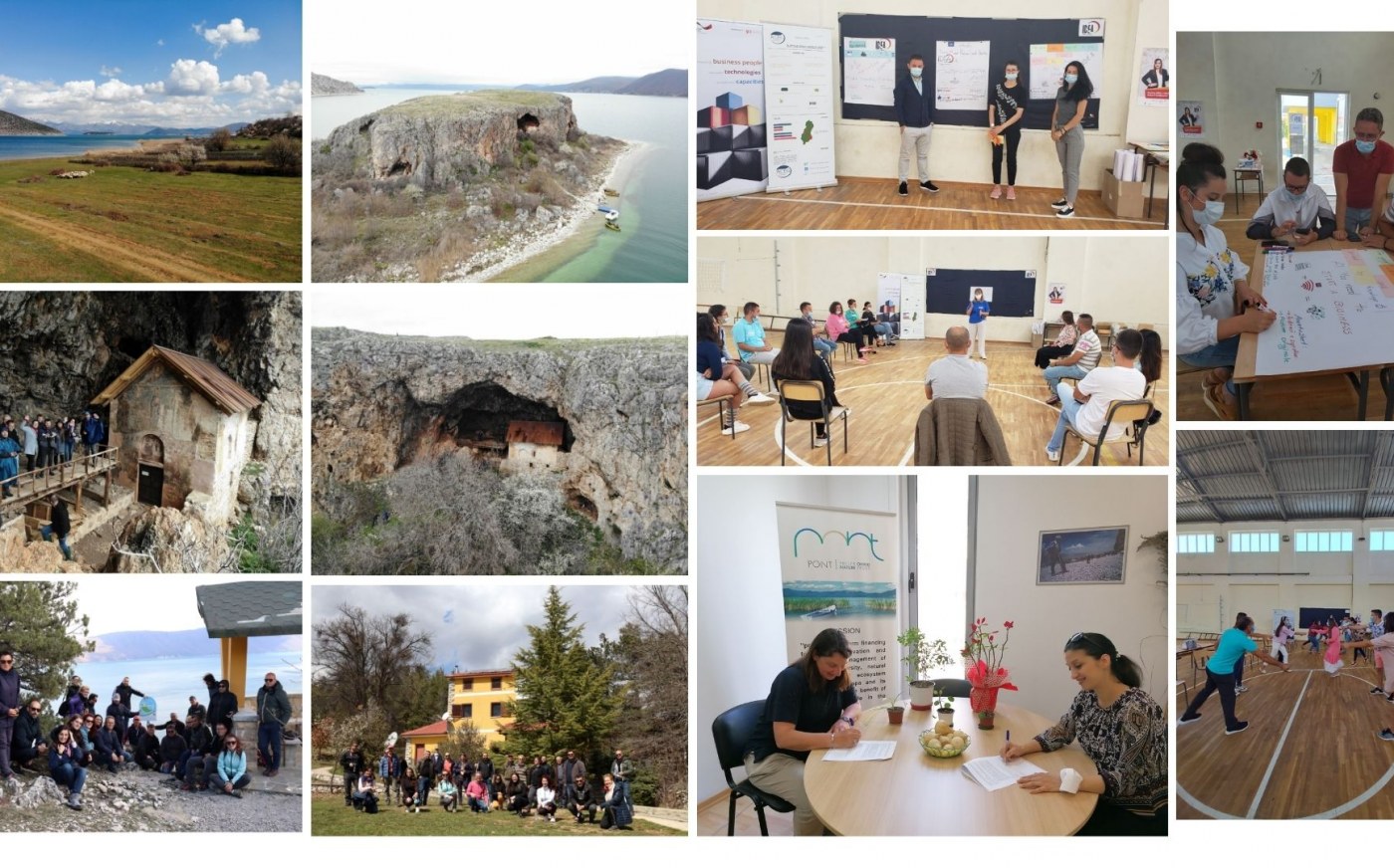 Nature-based tourism in protected areas in the Wider Prespa Area holds a great potential to contribute to the local economy, reduce … 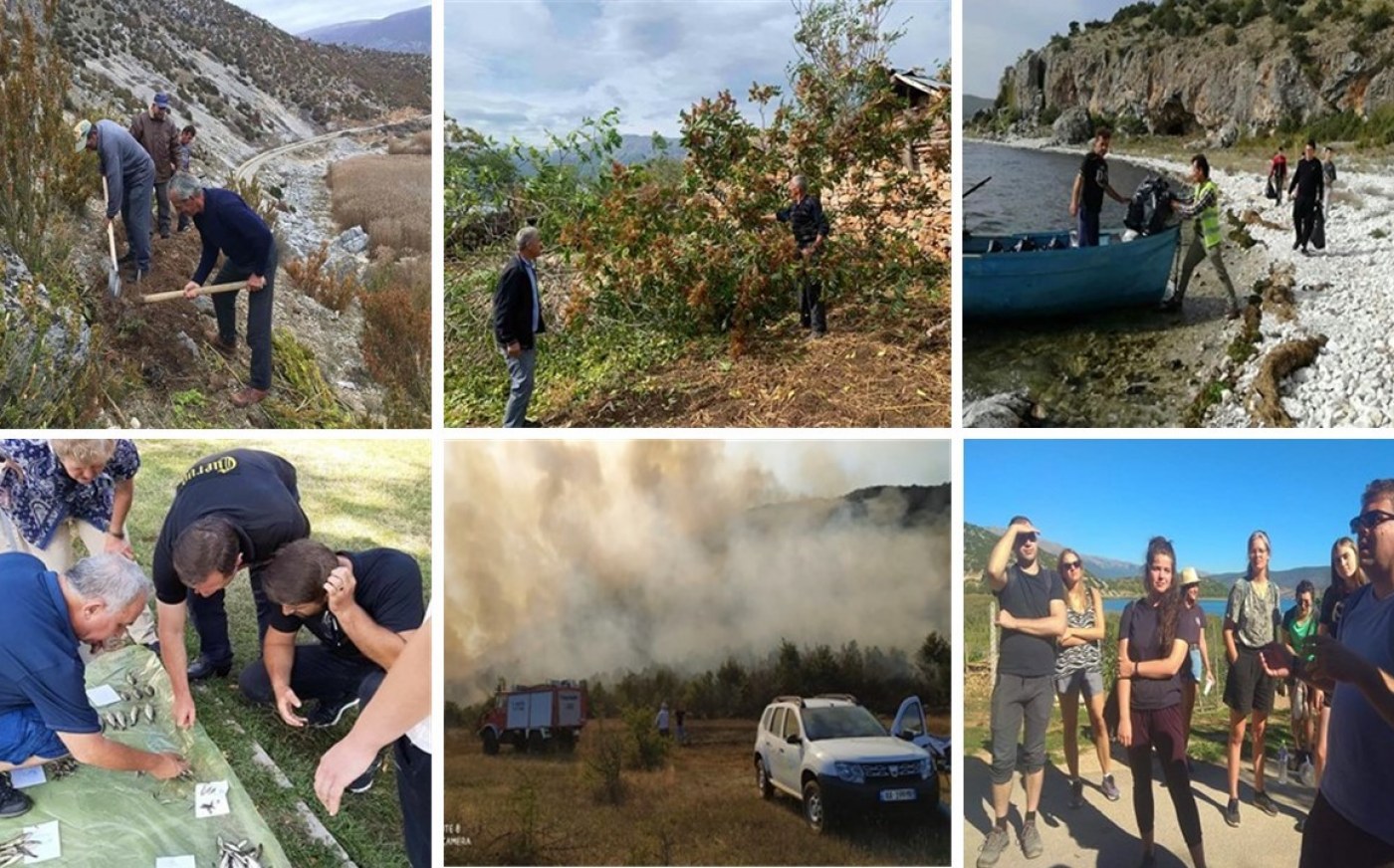 During 2020, we continued working on the maintenance and signage of the network of hiking trails with the help of local …