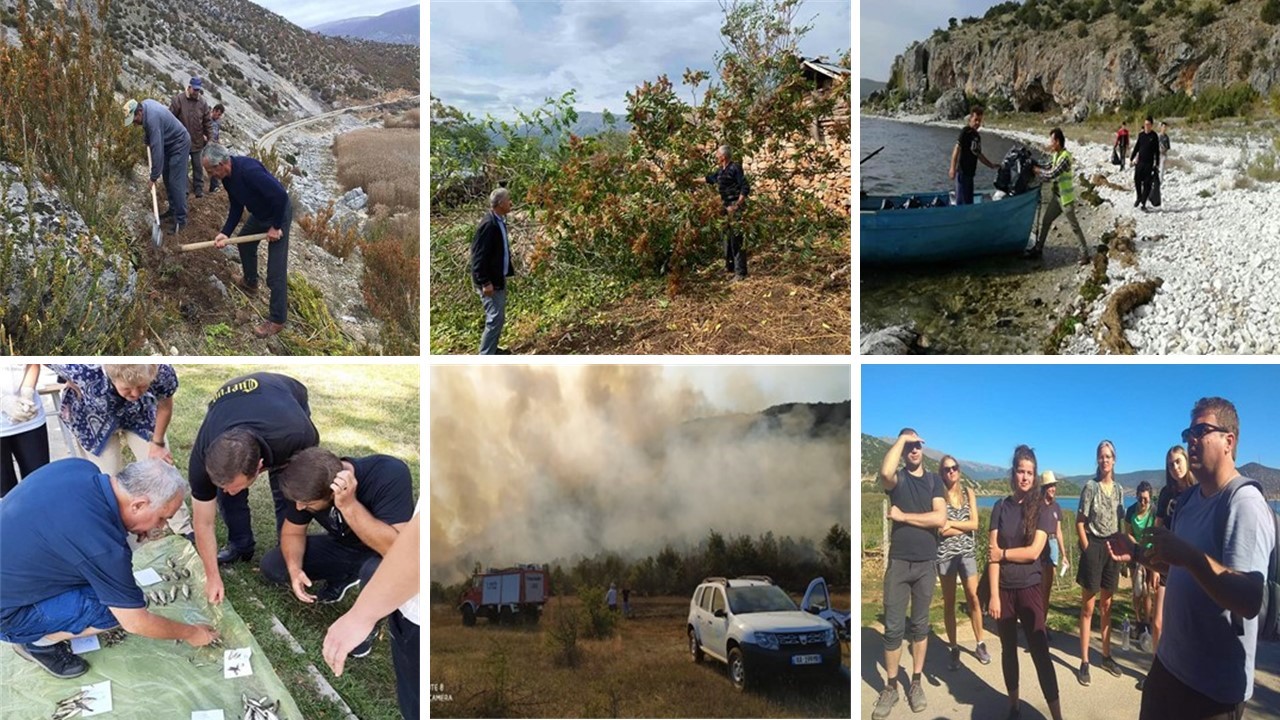 During 2020, we continued working on the maintenance and signage of the network of hiking trails with the help of local temporary workers financed through PONT. RAPA Korça also continued, in collaboration with Pustec Municipality, working towards the eradication of the invasive plant ‘Ara e Indit’ – as outlined in the Park Management Plan.

Theoretical lectures were delivered to the junior rangers and following on from that they had the opportunity to put their learnings into practice. As a team, we walked the Turtle Trail whilst adhering to all the COVID-19 protection and social distancing measures. During the hike, Turtles were marked, measured, and weighed as part of the monitoring of the turtles on this trail.

In July the Camera Trapping Campaign in Prespa National Park kicked off in partnership with the National Park Bavarian Forest. RAPA Korca working collaboratively with students, including four Masters’ students from Albania and Germany, and staff of the Protection and Preservation of Natural Environment (PPNEA) in Albania, installed 70 camera traps. The cameras were used to systematically collect data on wildlife. It is the biggest data collection ever done in a Protected area in Albania and will strengthen the biodiversity monitoring of the park.

August saw the staff of Prespa National Park and Pogradec Protected Landscape trained in the methodology of monitoring and evaluation of fish stock in the Prespa and Ohrid Lakes. The training, delivered by the well-known Professor and Researcher Spase Shumka is crucial to gathering a real picture of the fish stock and structure situation in our lakes. It also enables staff to prepare and conduct ‘joint monitoring’ with the responsible institutions of the three border states surrounding the lakes.

Sadly, in the same month, a fire was spotted in the area of the village of Cerje near the Greece border. The fire affected a considerable area of mixed oak forest and bush. But thanks to the rangers of RAPA Korca and the staff of the municipality of Pustec working together, the fire was isolated in a very short time. The new specific fire extinguishing equipment funded by PONT was also a great asset.

The focus was on continuing the fight for a Prespa without any plastic waste, as well as raising awareness to Prespa residents about the threat that plastic brings to the health of the habitat in which they live. The junior rangers, the workers, and staff financed through PONT actively joined in the event of cleaning up a segment of the shore of the “St. Marena – State Border” lake.

Our work has been enabled through the support of PONT and the KfW financed project “Transboundary Biosphere Reserve Prespa” Phase II, in Prespa National Park. Both German-financed initiatives work in close cooperation with their partners: ‘National Agency for Protected Areas’ and ‘RAPA Korça’ under the leadership of the ‘Ministry of Tourism and Environment’.

The team is also extremely happy with the installation of the newly repaired central heating system at the Prespa National Park premises in Gorice e Vogel as staying warm during the winter is important in Prespa!

In 2018, PONT has granted the NGO, Macedonian Ecological Society in the Former Yugoslav Republic of Macedonia (MES) (www.mes.org.mk), an initial … 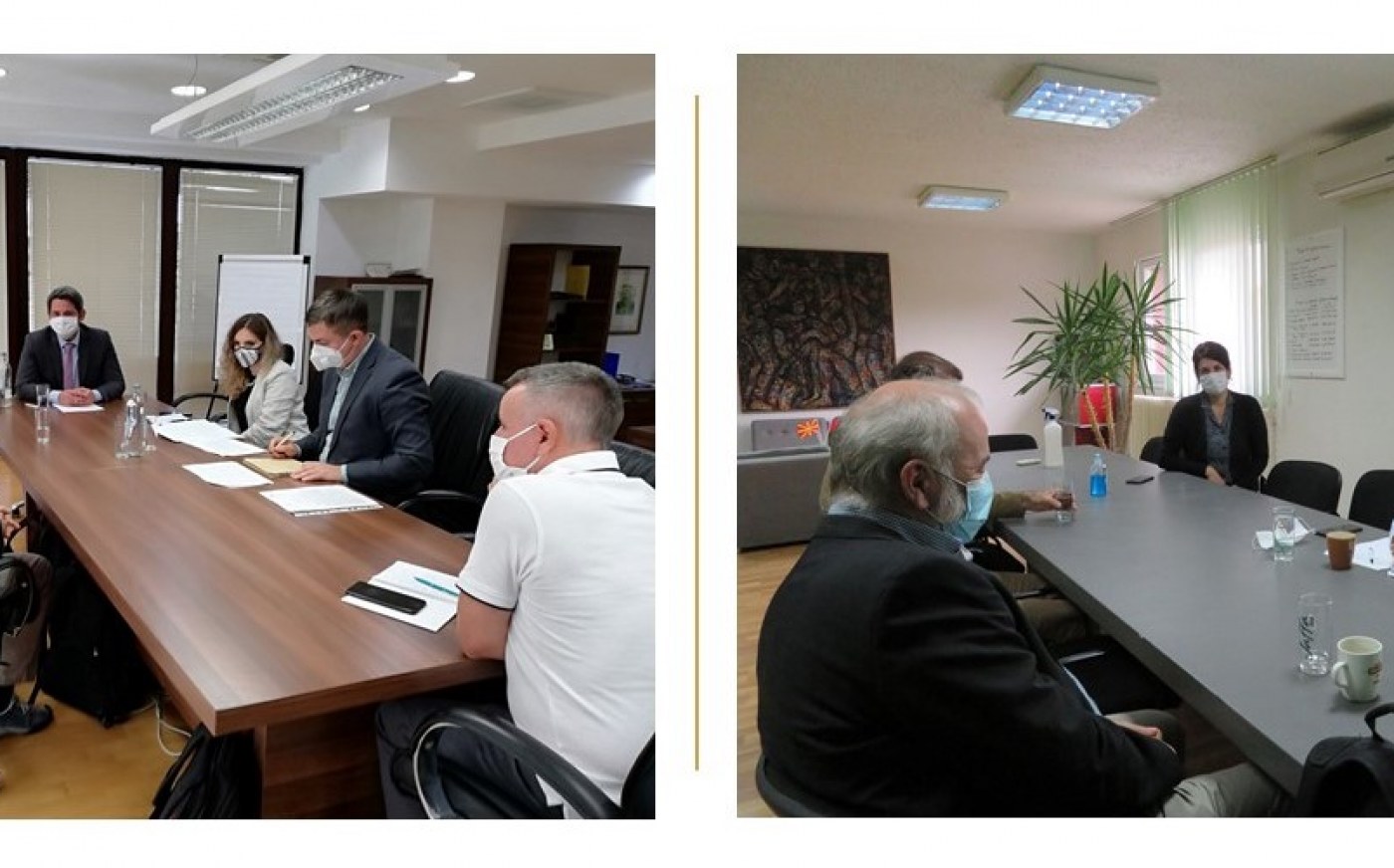 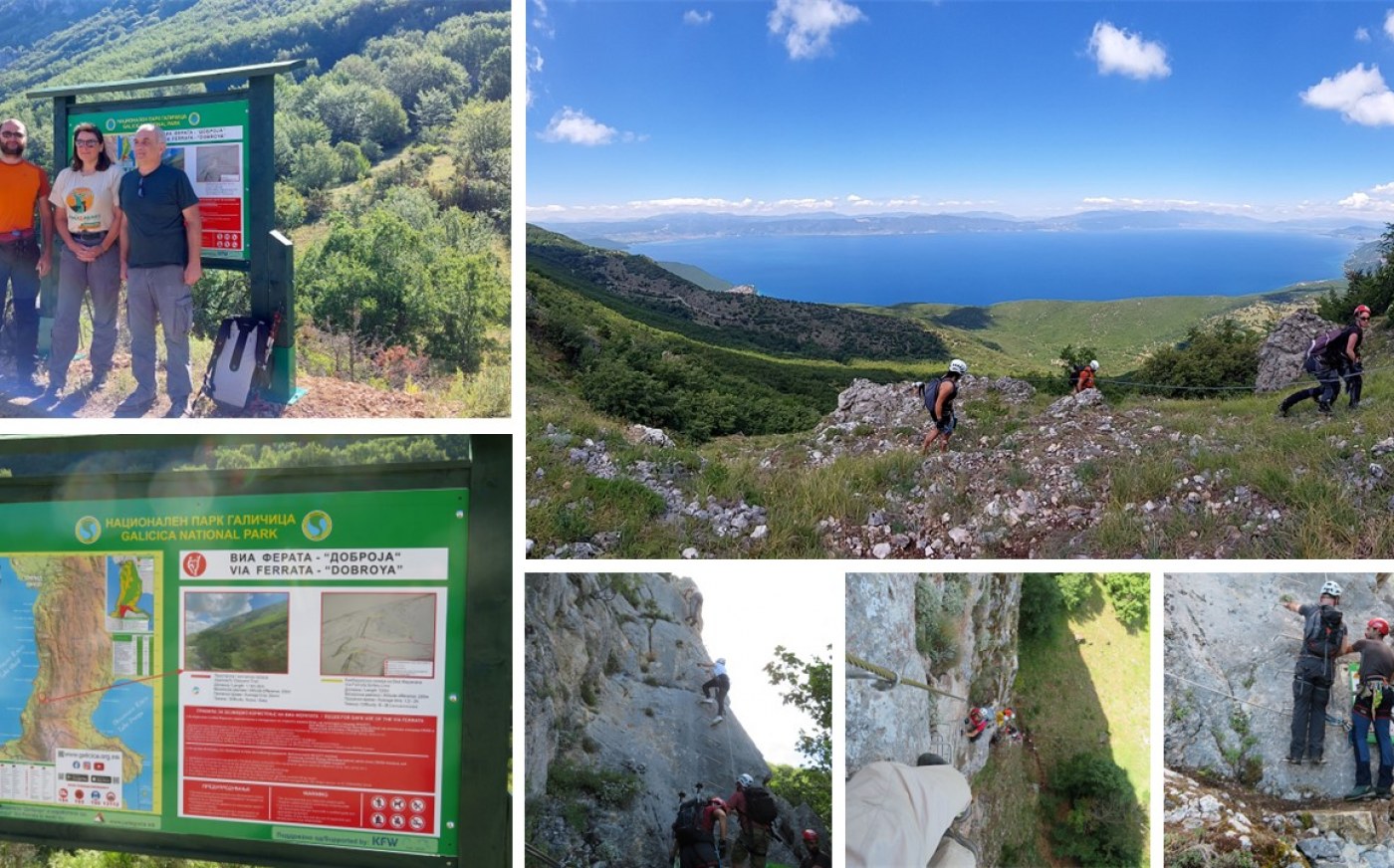